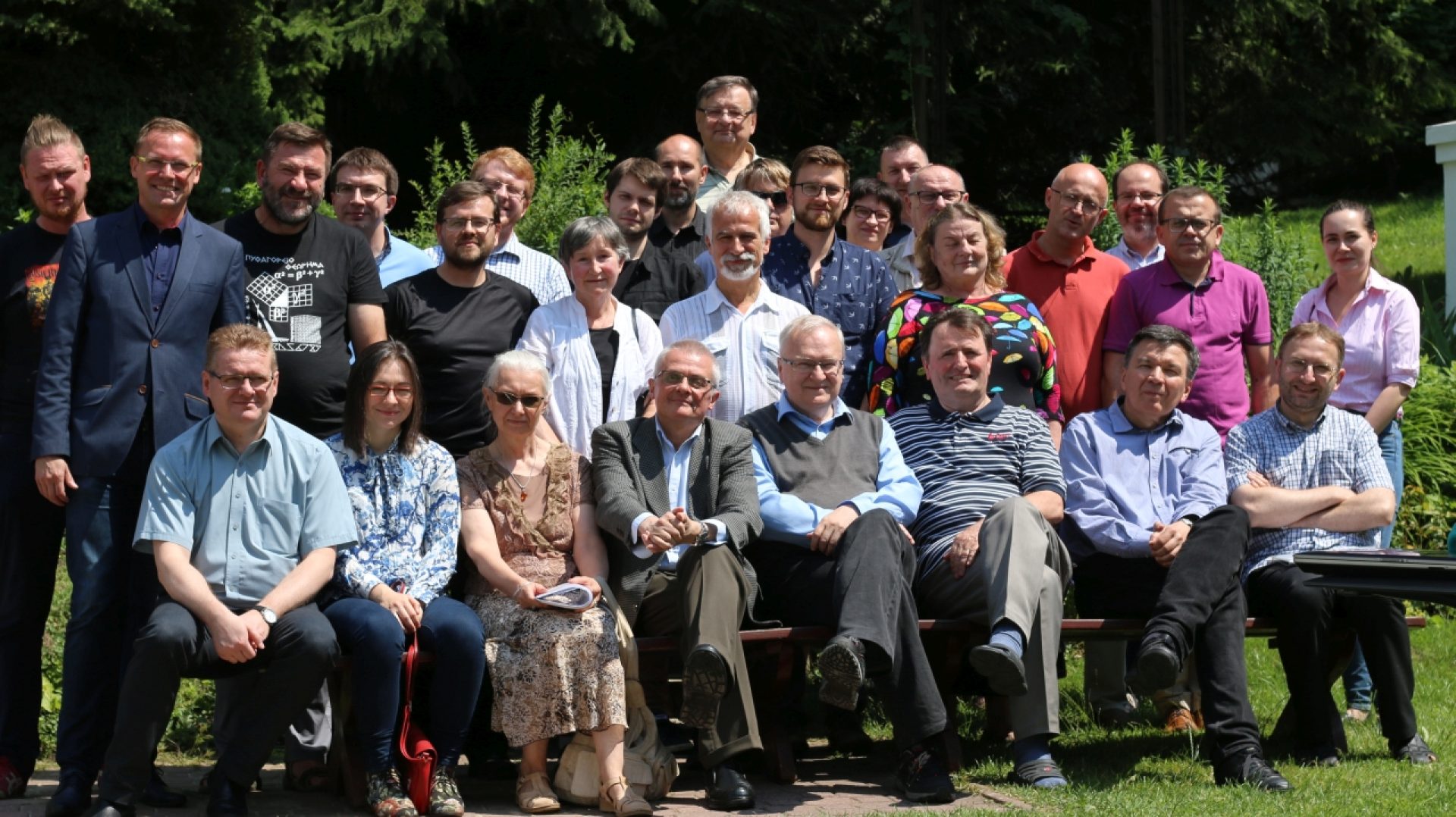 A knowledge of the historic and philosophical background gives that kind of independence from prejudices of his generation from which most scientists are suffering. This independence created by philosophical insight is—in my opinion—the mark of distinction between a mere artisan or specialist and a real seeker after truth.

Despite the tight historical links between science and philosophy, present-day scientists often perceive philosophy as completely different from, and even antagonistic to, science. We argue here that, to the contrary, philosophy can have an important and productive impact on science.

Despite the tight historical links between science and philosophy, hearkening back to Plato, Aristotle, and others (here evoked with Raphael’s famous School of Athens), present-day scientists often perceive philosophy as completely different from, and even antagonistic to, science. To the contrary, we believe philosophy can have an important and productive impact on science. Image credit: Shutterstock.com/Isogood_patrick.

We illustrate our point with three examples taken from various fields of the contemporary life sciences. Each bears on cutting-edge scientific research, and each has been explicitly acknowledged by practicing researchers as a useful contribution to science. These and other examples show that philosophy’s contribution can take at least four forms: the clarification of scientific concepts, the critical assessment of scientific assumptions or methods, the formulation of new concepts and theories, and the fostering of dialogue between different sciences, as well as between science and society.

Stem cell and cancer biology researcher Hans Clevers notes that this philosophical analysis highlights important semantic and conceptual problems in oncology and stem cell biology; he also suggests this analysis is readily applicable to experimentation (2). Indeed, beyond conceptual clarification, this philosophical work has real-world applications as illustrated by the case of cancer stem cells in oncology.

Research aimed at developing drugs targeting either the cancer stem cells or their microenvironment actually rely on different kinds of stemness and are thus likely to have different rates of success depending on cancer type (1). Moreover, they might not cover all cancer types because current therapeutic strategies do not take into account the systemic definition of stemness. Determining the kind of stemness found in each tissue and cancer is thus useful to direct the development and choice of anticancer therapies. In practice, this framework has led to the investigation of cancer therapies that combine the targeting of intrinsic cancer stem cell properties, their microenvironment, and immune checkpoints to cover all possible kinds of stemness (3).

Furthermore, this philosophical framework recently has been applied to another field, the study of organoids. In a systemic review of experimental data on organoids from various sources, Picollet-D’hahan et al. (4) characterized the ability to form organoids as a dispositional property. They could then argue that to increase the efficiency and reproducibility of organoid production, a major current challenge in the field, researchers need a better understanding of the intrinsic part of the dispositional property that is influenced by the microenvironment. To discriminate the intrinsic features of cells that have such a disposition, this group is now developing high-throughput functional genomic methods, enabling an investigation of the role of virtually every human gene in organoid formation.

Immunogenicity and the Microbiome.

Complementary to its role in conceptual clarification, philosophy can contribute to the critique of scientific assumptions—and can even be proactive in formulating novel, testable, and predictive theories that help set new paths for empirical research.

For example, a philosophical critique of the immune self–nonself framework (5) has led to two significant scientific contributions. First, it was the basis of the formulation of a novel theoretical framework, the discontinuity theory of immunity, which complements previous self–nonself and danger models by proposing that the immune system responds to sudden modifications of antigenic motifs (6). This theory sheds light on many important immunological phenomena, including autoimmune disease, immune responses to tumors, and immunological tolerance to chronically expressed ligands. The discontinuity theory has been applied to a multitude of questions, helping explore the effects of chemotherapeutic agents on immunomodulation in cancer and spelling out how natural killer cells constantly modify their phenotype and functions through their interactions with their ligands in a way that ensures tolerance to bodily (self) constituents (7). The theory also helps explain the consequences of repeated vaccinations in immunocompromised individuals (8) and suggests dynamic mathematical models of immune activation. Collectively, these various empirical assessments illustrate how philosophically inspired proposals can lead to novel experiments, opening up new avenues for research.

Second, the philosophical critique contributed along with other philosophical approaches to the notion that every organism, far from being a genetically homogenous self, is a symbiotic community harboring and tolerating multiple foreign elements (including bacteria and viruses), which are recognized but not eliminated by its immune system (9). Research on symbiotic integration and immune tolerance has far-reaching consequences for our conception of what constitutes an individual organism, which is increasingly conceptualized as a complex ecosystem whose key functions, from development to defense, repair, and cognition, are affected by interactions with microbes (9).

The study of cognition and cognitive neuroscience offers a striking illustration of the deep and long-lasting influence of philosophy on science. As with immunology, philosophers have formulated influential theories and experiments, helped initiate specific research programs, and contributed to paradigm shifts. But the scale of the influence dwarfs the immunology case. Philosophy had a part in the move from behaviorism to cognitivism and computationalism in the 1960s. Perhaps most visible has been the theory of the modularity of mind, proposed by philosopher Jerry Fodor (10). Its influence on theories of cognitive architecture can hardly be overstated. In a tribute after Fodor’s passing in 2017, leading cognitive psychologist James Russell spoke in the magazine of the British Psychological Society of “cognitive developmental psychology BF (before Fodor) and AF (after Fodor)” (https://thepsychologist.bps.org.uk/jerry-fodor-1935-2017).

Modularity refers to the idea that mental phenomena arise from the operation of multiple distinct processes, not from a single undifferentiated one. Inspired by evidence in experimental psychology, by Chomskian linguistics, and by new computational theories in philosophy of mind, Fodor theorized that human cognition is structured in a set of lower-level, domain-specific, informationally encapsulated specialized modules and a higher-level, domain-general central system for abductive reasoning with information only flowing upward vertically, not downward or horizontally (i.e., between modules). He also formulated stringent criteria for modularity. To this day, Fodor’s proposal sets the terms for much empirical research and theory in many areas of cognitive science and neuroscience (11, 12), including cognitive development, evolutionary psychology, artificial intelligence, and cognitive anthropology. Although his theory has been revised and challenged, researchers continue to use, tweak, and debate his approach and basic conceptual toolkit.

Philosophy and science share the tools of logic, conceptual analysis, and rigorous argumentation. Yet philosophers can operate these tools with degrees of thoroughness, freedom, and theoretical abstraction that practicing researchers often cannot afford in their daily activities.

The false-belief task constitutes another key instance of philosophy’s impact on the cognitive sciences. Philosopher Daniel Dennett was the first to conceive the basic logic of this experiment as a revision of a test used for evaluating theory of mind, the ability to attribute mental states to oneself and others (13). The task tests the capacity to attribute others with beliefs that one considers false, the key idea being that reasoning about others’ false beliefs, as opposed to true beliefs, requires conceiving of other people as having mental representations that diverge from one’s own and from the way the world actually is. Its first empirical application was in 1983 (14), in an article whose title, “Beliefs About Beliefs: Representation and Constraining Function of Wrong Beliefs in Young Children’s Understanding of Deception,” is in itself a direct tribute to Dennett’s contribution.

The false-belief task represents a milestone experiment in various areas of cognitive science and neuroscience, with wide application and implications. They include testing for cognitive developmental stages in children, debating the architecture of human cognition and its distinct capacities, assessing theory of mind abilities in great apes, developing theories of autism as mind blindness (according to which difficulties in passing the false-belief task are associated with the condition), and determining which particular brain regions are associated with the capacity to reason about the contents of another person’s mind (15).

Philosophy has also helped the field of cognitive science winnow problematic or outdated assumptions, helping drive scientific change. The concepts of mind, intelligence, consciousness, and emotion are used ubiquitously across different fields with often little agreement on their meaning (16). Engineering artificial intelligence, constructing psychological theories of mental state variables, and using neuroscience tools to investigate consciousness and emotion require the conceptual tools for self-critique and cross-disciplinary dialogue—precisely the tools that philosophy can supply.

The above examples are far from the only ones: in the life sciences, philosophical reflection has played an important role in issues as diverse as evolutionary altruism (17), debate over units of selection (18), the construction of a “tree of life” (19), the predominance of microbes in the biosphere, the definition of the gene, and the critical examination of the concept of innateness (20). Likewise, in physics, fundamental questions such as the definition of time have been enriched by the work of philosophers. For example, the analysis of temporal irreversibility by Huw Price (21) and closed temporal curves by David Lewis (22) have helped dispel conceptual confusion in physics (23).

Inspired by these examples and many others, we see philosophy and science as located on a continuum. Philosophy and science share the tools of logic, conceptual analysis, and rigorous argumentation. Yet philosophers can operate these tools with degrees of thoroughness, freedom, and theoretical abstraction that practicing researchers often cannot afford in their daily activities. Philosophers with the relevant scientific knowledge can then contribute significantly to the advancement of science at all levels of the scientific enterprise from theory to experiment as the above examples show.

But how in practice can we facilitate cooperation between researchers and philosophers? At first sight, the solution might seem obvious: each community should make a step toward the other. Yet it would be a mistake to consider this an easy task. The obstacles are many. At present, a significant number of philosophers disdain science or don’t see the relevance of science to their work. Even among philosophers who favor dialogue with researchers, few have a good knowledge of the latest science. Conversely, few researchers perceive the benefits philosophical insights can bring. In the current scientific context, dominated by increasing specialization and growing demands for funding and output, only a very limited number of researchers have the time and opportunity to even be aware of the work produced by philosophers on science let alone to read it.

To overcome these difficulties, we believe that a series of simple recommendations, which could be readily implemented, can help bridge the gap between science and philosophy. The reconnection between philosophy and science is both highly desirable and more realizable in practice than suggested by the decades of estrangement between them.

We hope that the practical steps set out above will encourage a renaissance in the integration of science and philosophy. Furthermore, we argue that maintaining a close allegiance with philosophy will enhance the vitality of science. Modern science without philosophy will run up against a wall: the deluge of data within each field will make interpretation more and more difficult, neglect of breadth and history will further splinter and separate scientific subdisciplines, and the emphasis on methods and empirical results will drive shallower and shallower training of students. As Carl Woese (24) wrote: “a society that permits biology to become an engineering discipline, that allows science to slip into the role of changing the living world without trying to understand it, is a danger to itself.” We need a reinvigoration of science at all levels, one that returns to us the benefits of close ties with philosophy.

Published under the PNAS license. 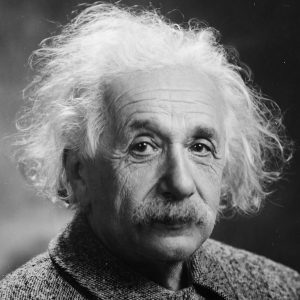